Every pottery piece is an aesthetic statement defining her relationship to the world. Platters are thrown upside down on the potter’s wheel. Roxanne mixes both the clay and the glazes for wares, firing to various temperatures in various kilns. Using a smoke firing technique with platters. The colors the achieve come, not from glazes, but from oxides and outdated drugs applied to the surface. 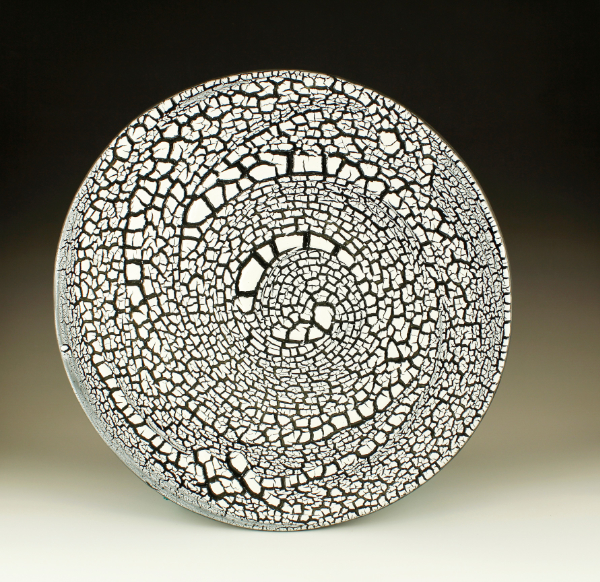 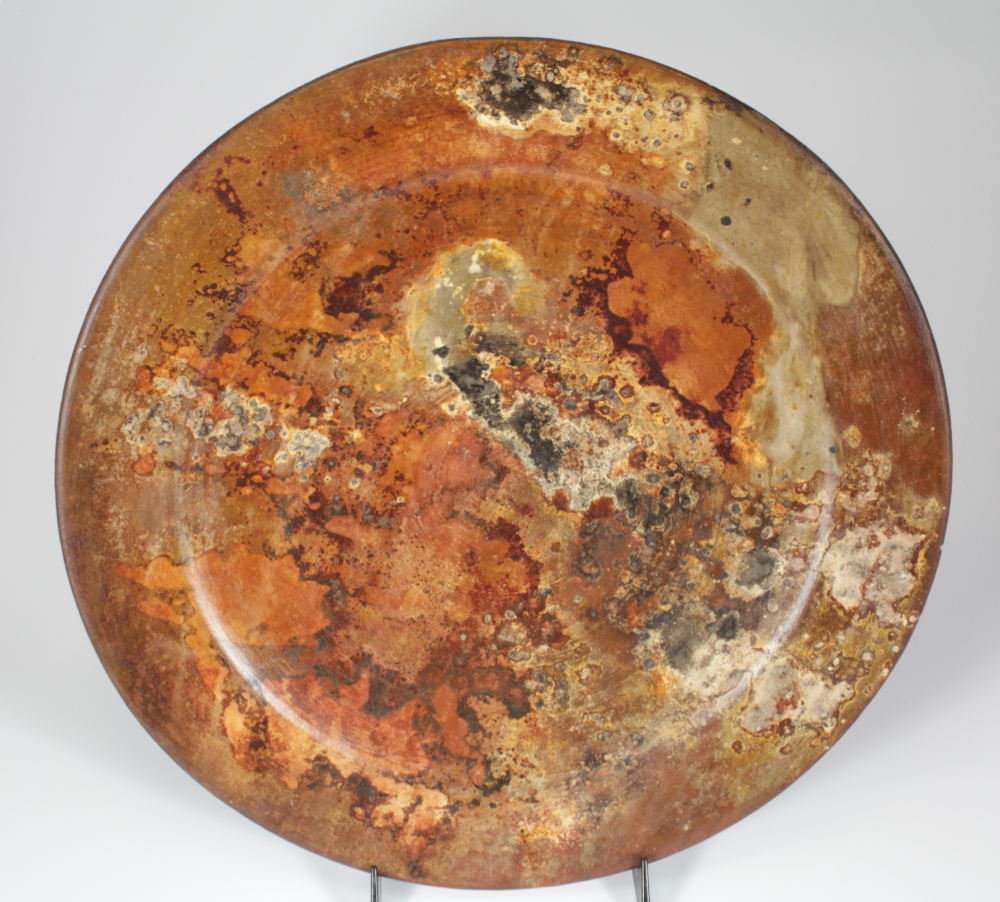 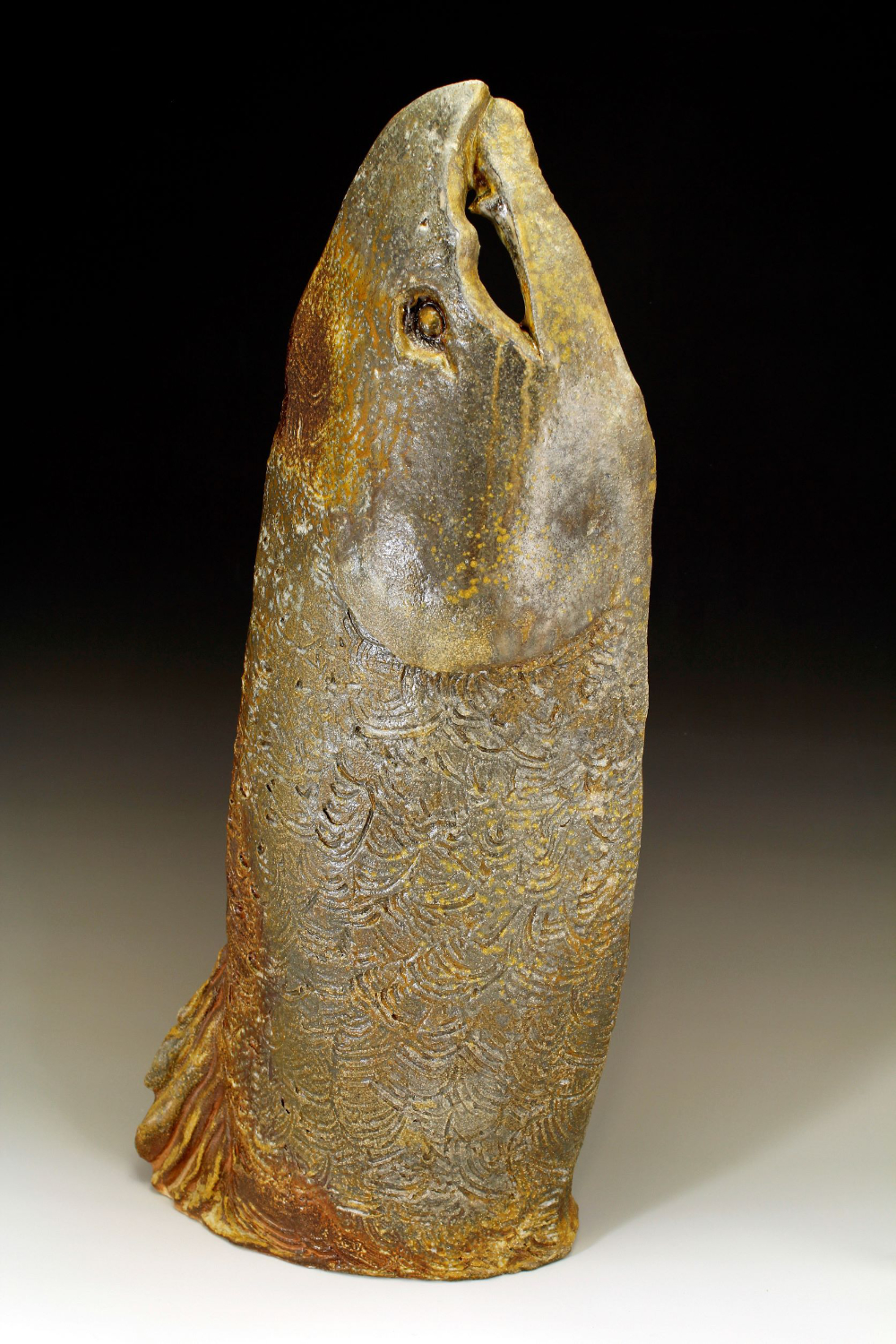 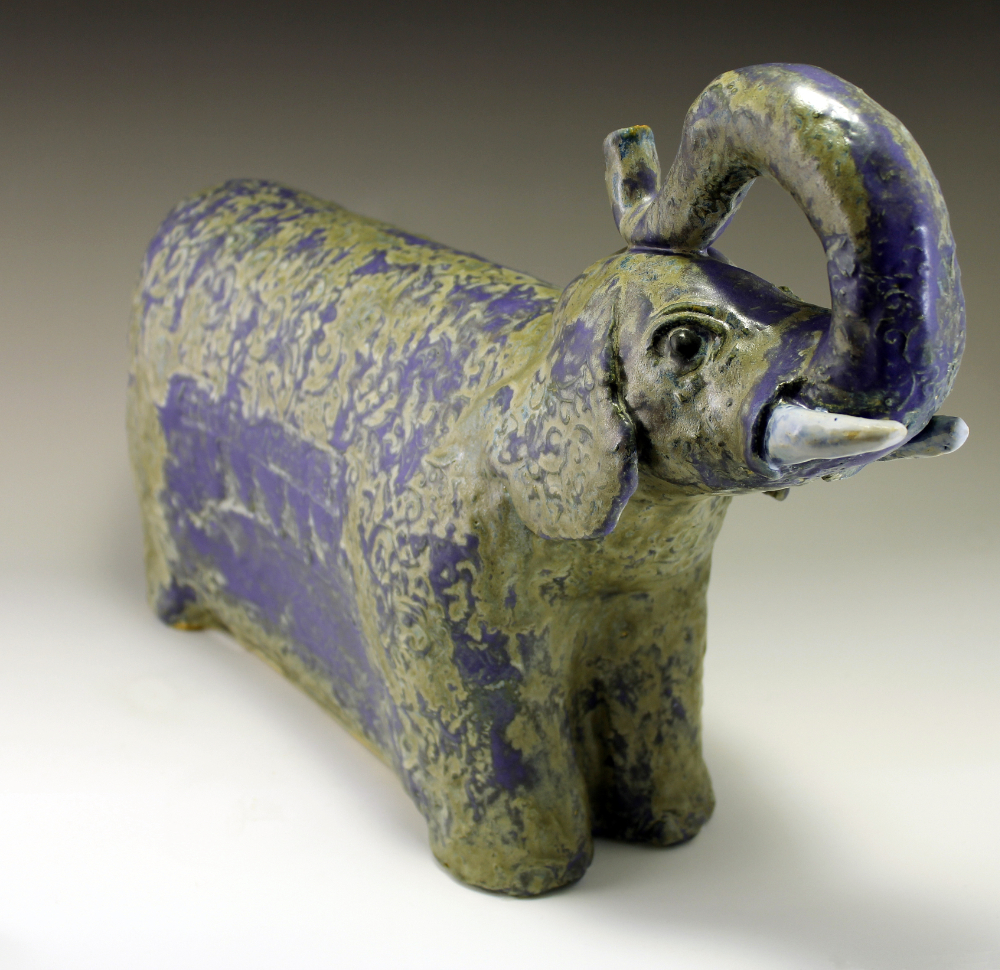